Do you remember D&D adventures which consisted solely of trekking to a dragon’s lair and slaying it, old-school style?  Have you fond memories of the NIGHT BELOW boxed set – in particular the first book which details the area of Haranshire and the various goings-on there?

If you love the idea of a small village setting, detailed with various plot hooks and sub-quests, followed by a good-old fashioned hex-crawl and a dragon slaying, this adventure is for you!  It’s NIGHT BELOW crossed with THE HOBBIT.  Kinda.

It’s simple.  It’s old-school. We’re not talking elaborate motivations, complex plots, or a dragon with a 12-page statblock and a lair which requires a degree to run well.  We’re talking some sandboxy quests, a lengthy wilderness trek, a bit of a dungeon-crawl, then a straightforward, stand-up fight with a dragon.  And lots and lots of treasure.

Holdenshire is a peaceful county.  Ruled by Lord Pemberton, the villages of Hengistbury and Thornbury exist in a friendly rivalry.

Winter is over, and Hengistbury is experiencing a warm, dry Spring. The summer county fair is already being organized, the Fair Committee headed as always by Lady Sybill Pemberton, and the village is its usual bustling, cheerful self.

All is not well, however. There have been problems of late! Children have been disappearing into the Weirwood; howls of an unearthly nature have been echoing across the Fogmoor; and Three-Fingered Jake, the county’s itinerant bard, has been speading rumors of treasure and hauntings in the ruins of Brockendale Castle.  And that’s not to mention the lizardmen aggression or the bandits upriver!

All this aside, however, tonight is a warm, balmy evening. Many of the villagers are gathered in and outside the Bleeding Heart Tavern (originally called the Beaming Hearth, until some children vandalized the pub’s sign), and any troubles seem far away.

Well, except for that dragon in Skull Mountain. 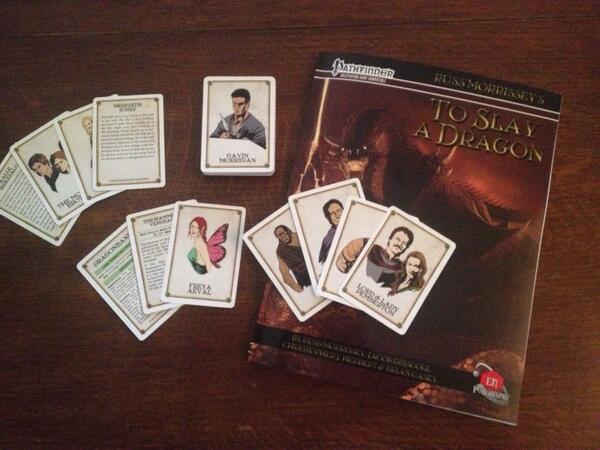 To Slay A Dragon

For the Pathfinder RPG

EN Publishing is an imprint of EN World